What is Global Solidarity and How Can We Embody it in our Work? 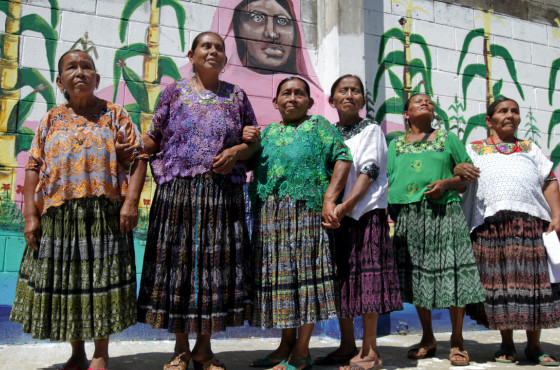 "Realism does not mean defeatism. At a time when international aid budgets are being cut due to the Covid-19 pandemic, we should be energised by the fact that the arguments for global solidarity as opposed to charity are stronger than ever."

What is global solidarity and how can the humanitarian sector embody this principle in its work?

This was the pressing question that participants attempted to answer in a recent workshop on ‘Reimagining Humanitarianism in the Age of Global Solidarity’, organised by Dóchas and NUI Galway, with funding from the Irish Research Council. We heard from a wide range of speakers, representing humanitarian professionals and policy experts, academics and social activists. All agreed that the time for lofty words unmatched by action has passed. In an era of chronic global crisis, the humanitarian sector must assume a bolder role.

But what practical steps can we take? Here are my five takeaways from the workshop on how the humanitarian sector can embody global solidarity in its work.

How do we begin to address the conflict, exploitation and profound inequalities that are present in our global system? Over the course of the workshop, we heard repeated calls for a ‘back to basics’ approach needed in humanitarian action.

We need to rebuild a radical vision of solidarity from the ground up- this is why in campaigning on human rights we should recentre the principle of humanity that underpins all rights claims. As Su-Ming Khoo, NUI Galway, argued, we should recognise that ‘the right to have rights’ is not currently being respected by the international community, be it in the context of the Mediterranean refugee crisis or the inequitable global vaccine roll-out. Therefore, the basic yet radical idea that all human beings have an equal right to life and dignity should drive humanitarian action.

Greater solidarity is also needed between humanitarian organisations and local communities on the ground. Réiseal Ní Chéilleachair, Head of International Advocacy, Concern spoke of how UN Peacekeeping Operations can neglect basic protection responsibilities over time even though these functions are expected by civilians. Often, there is a failure to truly listen and take account of local needs, be it at an organisational or individual level. As Tara Rao, social activist and founder of OurGroundworks, highlighted, we can all work on cultivating solidarity in interpersonal relationships by valuing empathy and understanding in interactions with others. This sounds simple but if humanitarian professionals prioritised understanding socio-political contexts, and deferred to local communities when deciding what programmes should entail, they may often end up with a different set of goals than they came with.

Once we have built a solid foundation and recognised the basic yet demanding implications of solidarity, we must start to put a more expansive vision of action into practice.

The urgency of this is clear in the context of the climate crisis. Saher Rashid Baig, YOUNGO argued that a more expansive vision of human rights that prioritises the right to a healthy environment is needed. This rights claim has historically been neglected due to its implication of the duties of states and corporations. Nevertheless, if taken seriously, it would have the effect of guaranteeing countless other rights that would have a knock-on effect in protecting sustainable livelihoods and dignity for communities.

Humanitarian NGOs should also recognise that the scale of the climate crisis means a blinkered approach to disaster response is no longer appropriate. As ICVA’s Nishanie Jayamaha and Dr. Hugo Slim discussed, a new form of ‘climate humanitarianism’ is needed. NGOs must draw attention to the overlapping causes of global climate breakdown, and incorporate long-term thinking and disaster prevention into their work.

There was a clear feeling among our speakers that humanitarians should be engaged in system change. Memorably, Kenyan activist Eric Damien argued that the only rational response to climate breakdown is to ‘betray the system’, while historian Dominique Marshall urged us to remember the ‘forgotten alternatives to the system’ proposed in the past- how can we be imaginative in our contestations of power structures today?

Humanitarian NGOs should reflect on the stories they tell about poverty. Dr. Chris O’Connell, DCU emphasised the importance of language when he referred to ‘vulnerabilised’ rather than vulnerable communities, while Eric Damien similarly referred to ‘economically exploited’ rather than poor people. Likewise, NGOs should seek to highlight not just the disaster response or poverty alleviation work they are doing, but also how communities’ rights are being violated and by whom.

In addition, the humanitarian sector itself is in need of system change. Ultimately, Northern NGOs should reject their hierarchical position and transfer power downwards in tangible ways. Noreen Gumbo, Head of Humanitarian Programmes, Trócaire, gave the example of Trócaire’s allowing local partners to use its name to access international funding, showing how NGOs can punch holes in an unequal system.

We should also be realistic and recognise the existence of barriers to system change. For example, how are NGOs to become more outspoken when aid funding is being squeezed? It is imperative that we have an informed understanding of how the current system functions before we can dismantle it.

An engagement with history is key. As such, historian Margot Tudor, University of Exeter, urged modern critics of the UN not to base their arguments for change on the yearning for a non-existent, apolitical past and instead be aware of the organisation’s problematic colonial origins. Once we have a clearer understanding of how entrenched hierarchies came to be, we can be realistic yet imaginative in thinking about prospects for reform. As Sonja Hyland, Political Director, Ireland’s Department of Foreign Affairs and Trade (DFA) reflected that we should push for more Global South members on the UN Security Council, but we should also avoid naivety in thinking that this action alone will guarantee more just decision-making. Instead, we should recognise that the current supremacy of nation-states leaves many minority groups out in the cold and as a result we should focus on the inclusion of more civil society voices.

Realism does not mean defeatism. At a time when international aid budgets are being cut due to the Covid-19 pandemic, we should be energised by the fact that the arguments for global solidarity as opposed to charity are stronger than ever. The needs of communities in the Global South should not depend on the whims of donors in the North, which is why NGOs should advocate for long-term, equitable solutions.

Finally, solidarity can sometimes mean knowing when to step back and avoid direct involvement.

NGOs should be conscious of the fact that their interventions can sometimes neutralise the impact of local social movements that are pressuring states to provide for their citizens. Governments may not see cause for change when their responsibilities can be so easily offloaded on to the international development sector. Therefore, NGOs should strongly consider political context and local attitudes when determining the appropriateness of their interventions. The Movement of Asylum Seekers in Ireland (MASI)’s Bulelani Mfaco urged humanitarian NGOs to interrogate whether their work is emancipatory, and if not, is it worth doing?

The theme of stepping back is also relevant to thinking about who gets a seat at the table in policy discussions. On the climate crisis, it is clear that youth activists should be given a leading role. Saher Rashid Baig warned against the purely symbolic inclusion of youth voices in some policy discussions as amounting to ‘youth-washing’. If we take the principle of democratic accountability seriously, then it is imperative that some people step back and instead give the younger generation, who will be the most affected by climate catastrophes in the future, true ownership over disaster mitigation strategies now.

Overall, the workshop prompted me to reflect on the fact that how we ‘do solidarity’ is just as important as the ideal itself. We should leave room for disagreement and debate in our discussions on the future, but we should also remember that global solidarity is about listening to those with the least power in society and this should be the starting point for anything we do.

Maria Cullen is a final year PhD candidate in the History Department at NUI Galway. Her research, which is supported by the Irish Research Council and the National University of Ireland, is a comparative study of the different approaches to ethical action adopted by humanitarian NGOs Medecins Sans Frontieres and Oxfam in the 1980s. In particular, the project looks at the issues surrounding the integration of human rights into humanitarian relief within the polarised political context of the Cold War.