Hope is Not Above us, Its Around us 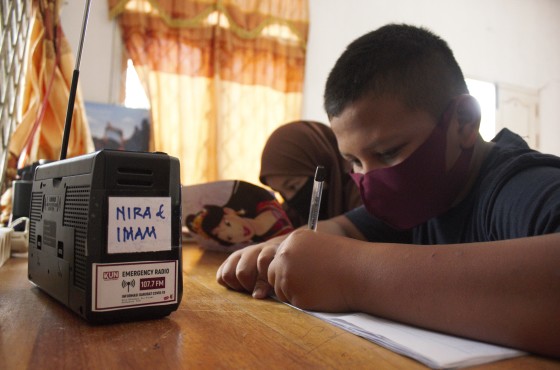 Dóchas has invited a number of experts and advisors in policy, inequality, human rights and humanitarian action to share their wisdom on the key issues and trends civil society should be aware of over the coming months. There is much to be concerned about and a lot to be done, but there are important nuggets of hope to be found in each piece.

“'The great appear great,' said Jim Larkin, 'because we are on our knees. Let us rise!' Today, we are rising. Together."

by Ben Philips, author of How to Fight Inequality and an advisor to the United Nations, governments and civil society organisations

2020 was hard for everyone (well, not everyone, Jeff Bezos became $70 billion richer than before the pandemic, and so maybe he doesn’t even need those tax breaks that Ireland’s exchequer kindly gives him, but it was hard for everyone else). NGOs have been hit by falling revenue from governments, the private sector and the public, as the Covid-19 economic crisis sent resources dramatically down at the exact moment when need shot up. Limited global production of vaccines caused by the monopoly hold over intellectual property also means that the 2021 reboot will come late and be partial. Why then should we have any hope at all?

The first reason is that, paradoxically, the greatest steps forward in social justice are often won in crises – think of the New Deal that came from the US’s Great Depression, the Welfare States built up across Europe on the ashes of WWII, or universal healthcare launched in Thailand in response to the AIDS crisis. Or think of how the horrific scandals of the failures of the institutionalised church and state catalysed a wave of emancipatory legislation and norm-changing in Ireland. That means that there is an opening in the crisis now: it must be emphasised that there is no automaticity to that opening being used for good (the 2008 crash saw no bankers punished, and benefitted bigots across Europe) but there is an opening that forces of progress can seize, if we are organised.

The second reason is that forces of progress are organising. This is not, principally, being led by the more established NGOs, though the best are getting behind it as good allies. It is happening from the bottom up: mutual aid groups reaching out in response to the Covid-19 crisis; workers in sectors once deemed unorganisable, now effectively organising, from app-based gig workers and drivers to cleaners and carers; marginalised communities, from undocumented migrants in the US to Travellers in Ireland, organising for equality and dignity; young people marching for the future of the planet and for their own future and education. And, increasingly, all these different movements finding common cause and collective strength in what American activist Revd William Barber calls “Fusion Coalitions”.

For my book, How to Fight Inequality, I looked at when, in the past, inequality had been beaten and how. And what I found was that it was never given by leaders (even the good ones); it was only ever won, by people, together. So though the titans of the economy have been shown to be no friends to the 99%, and though formal institutions of every kind are in trouble, we can again feel hope, not in any inevitability nor in any rescue, but in our own capability, when organised, to win a more equal society.

“The great appear great,” said Jim Larkin, “because we are on our knees. Let us rise!” Today, we are rising. Together.

Ben is the author of the book How to Fight Inequality.