Off to a Better Start? The EU and Development Cooperation in 2021 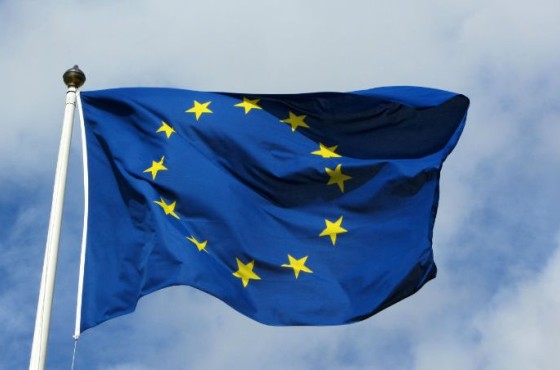 Dóchas has invited a number of experts and advisors in policy, inequality, human rights and humanitarian action to share their wisdom on the key issues and trends civil society should be aware of over the coming months. There is much to be concerned about and a lot to be done, but there are important nuggets of hope to be found in each piece. 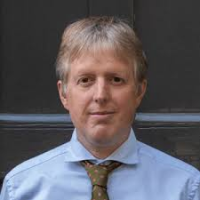 "Europe having access, long before most of Africa, to the vaccines is unlikely to help build the ‘partnership of equals’ that the EU keeps talking about.  Yet overall, the EU starts 2021 with more certainty in its policy, partnership and financial set-up than it has had for some time."

2020 ended with a flurry of ‘big deals’ in relation to; 1) the EU’s budget 2021-2027, 2) the EU’s agreement with the African, Caribbean and Pacific group of states, and 3) the UK and EU trade and cooperation agreement. These will influence the priorities, partnerships and implementation of EU development cooperation for 2021 and beyond. The significance of the EU reaching these deals is related to the fact that they were taking considerable top table political and bureaucratic energy, and clouding planning and implementation choices, including for development cooperation. Therefore, with the deals done, the true implications on development, poverty, the SDGs and building back better will begin to be seen in 2021, and there is a key role for civil society.

Firstly, as part of the wider political wrangling on the EU budget for 2021-2027 the EU will have a new consolidated financial instrument for its development cooperation. It may well be renamed in the final technical negotiations before passing into EU law, but right now the €70.8 billion (in 2018 prices) Neighbourhood, Development and International Cooperation Instrument (NDICI) represents a significant break from the past. The idea is for the EU to move to a more strategic and policy led approach to its foreign policy and international cooperation, including development cooperation. In 2021 the EU will accelerate the ‘programming’ of the NDICI which means consulting and agreeing on the strategic priorities at the partner country, regional, and global levels. Here civil society needs to be alert and engaged both at the level of EU capitals and Brussels, and with EU delegations and partners in developing countries if it wishes to have some degree of influence. Key documents are the various “Multiannual Indicative Programmes” that detail priorities and their indicative financial allocations.

Secondly, the EU reached a political agreement on a new partnership with the organisation representing 79 African, Caribbean and Pacific states (OACPS) also in December 2020. The so-called ‘post-Cotonou agreement’ while building on one of the oldest of the EU’s international relationships has somewhat struggled to adapt to the political and economic dynamics in Europe and Africa. There is plenty in the agreement on paper, the challenge as ever will be in the implementation and the enthusiasm with which this is pursued. Exactly what the tangible aspect of the EU - OACPS collaboration will be, remains to be seen. The NDICI replaces the European Development Fund which was always traditionally aligned to this agreement.  While there are provisions for civil society within the agreement, it is still by its nature very much an intergovernmental agreement. Civil society in the EU and OACPS will have to carefully weigh whether the post-Cotonou agreement processes are the best ones to get results and therefore whether it is worth the investment of their limited resources.

Yet not all deals were concluded

A ‘big deal’ the EU failed to conclude in 2020 was an ambitious new partnership with Africa, one of the priorities of the von der Leyen Commission for the period 2019-2024. The EU laid out its priorities just before the full extent of the pandemic struck. It hoped to have a Heads of State Summit in 2020 to jointly endorse political priorities, but that did not happen and there was a debacle over attempts to arrange a mini-virtual Summit in December. A question for 2021 is will African and European official players see this as a priority for the coming year, and at what level of ambition? One idea would be to move beyond the official players, and make it a people to people partnership. The official parties on both sides will need to think about how they can enable this in more creative and meaningful ways than have been attempted in the past. Civil society should maintain a watchful eye to see if strategic opportunities develop or not.

Beyond the ‘deals’, the EU is also changing some of its institutional set-up to better reflect the priorities of von der Leyen’s Geopolitical Commission. The Directorate-General for International Cooperation and Development becomes the Directorate-General for International Partnerships, with the tagline of, “We build international partnerships for sustainable global change”. This has led some to speculate that the development dimension will be downgraded. The choice of partners, the ambition of these partnerships and the process of programming the NDICI in 2021 should make this clearer. Rather than focusing on the ‘re-naming’ per se, civil society would be advised to focus on analysing and engaging with the priorities and substance of the work of the Directorate-General.

The pandemic of course still casts a massive political, economic, social and health cloud over the EU’s international and development cooperation agenda. Europe’s ability to control the virus at home has certainly led many development partners to question the EU’s competence as a development model and reliability as a partner. Europe’s supportive role or not too equitable roll-out of vaccines across the developing world will also be one to watch.  Europe having access, long before most of Africa, to the vaccines is unlikely to help build the ‘partnership of equals’ that the EU keeps talking about.  Yet overall, the EU starts 2021 with more certainty in its policy, partnership and financial set-up than it has had for some time. Something, at least, to build back better on.