Sounding the Alarm on Extreme Hunger 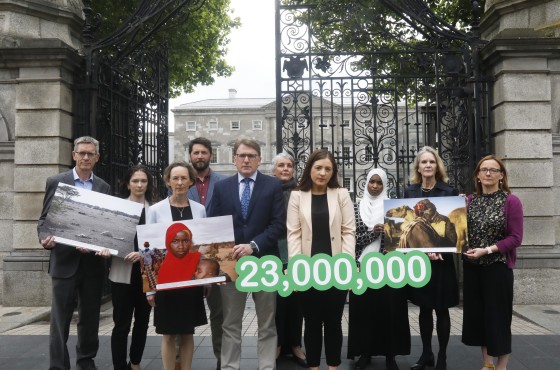 Starvation is political failure. The number of people experiencing extreme hunger in Ethiopia, Kenya and Somalia has more than doubled since last year – from over 10 million to more than 23 million today 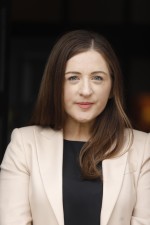 Just over ten years ago, former President Mary Robinson travelled to the Horn of Africa with Irish development and humanitarian organisations to sound the alarm on a devastating hunger crisis unfolding in the region. Over 13 million people across Ethiopia, Kenya and Somalia were at risk due to one of the worst droughts to strike the region in 60 years. As a result of a delayed global response, the 2011 famine claimed the lives of more than 260,000 people in Somalia, half of them children under five.

The international community swore never again. Yet, a decade later, it is estimated that currently one person is likely to be dying of hunger every 48 seconds in drought-ravaged Ethiopia, Kenya and Somalia. Irish development and humanitarian organisations have come together once more to call for urgent and collective action to tackle catastrophic hunger levels in the Horn of Africa and reduce the risk of widespread famine.

The figures are stark. The number of people experiencing extreme hunger in Ethiopia, Kenya and Somalia has more than doubled since last year – from over 10 million to more than 23 million today, with nearly half a million people in parts of Somalia and Ethiopia facing famine-like conditions.

The United Nations has warned that escalating global food insecurity is putting 750,000 people across five countries in East Africa, including Ethiopia, Somalia and South Sudan - at immediate risk of “starvation or death”. The UN also estimates that 1.5 million Somali children under the age of five will face acute malnutrition throughout this year, including over 385,000 who are likely to suffer severe levels.

Starvation is political failure – it was in 2011 and it is today. The potential deaths of hundreds and thousands of people, especially children, may come despite clear, repeated and credible warnings from the humanitarian community. The failure to adequately address the deadly combination of climate change, conflict and the economic impact of COVID-19 has left the region in crisis and lives hanging in the balance.

The crisis is now being exacerbated by a global food shortage triggered by the conflict in Ukraine. East Africa imports 90% of its wheat – a staple food for most people in the region – from Ukraine and Russia. Disruptions in grain supply, in addition to soaring prices of oil and fertilisers, are driving regional food prices to an all-time high. In Somalia alone, the prices for staple grains are more than double those of last year.

Equally important is the escalating climate crisis. The Horn of Africa is in the grip of its fourth successive dry rainy season. This year’s March-May season is predicted to be the driest on record. In some places, it hasn’t rained since 2019.

The reality is the most vulnerable communities who are least responsible for the climate crisis are being hardest hit. Rich and industrialised countries have contributed around 92 percent of excess historical emissions and 37 percent of current emissions, whereas Africa’s current emissions stand at just 4 percent. The collective carbon emissions of Somalia, Ethiopia and Kenya is 0.1% of the global total.

Meanwhile, conflict - exacerbated by the climate crisis - is also fuelling the hunger crisis. Conflict damages food systems, limiting the ability of farmers to access their land and their pastures.

Ireland has been outspoken at the UN Security Council on highlighting the impact of conflict, climate change and hunger on the ability of people to produce and access food essential to their survival. This voice is needed now more than ever.

We are calling on the Irish Government to demonstrate and hold firm leadership at an international level to ensure an immediate and radical mobilisation of aid in the region. This includes ensuring that rich nations, as well as our own, meet the UN appeal for Kenya, Ethiopia and Somalia to help save lives now. The UN estimates that humanitarian funding of US$4.4bn is required to provide life-saving assistance and protection in the region. At the time of writing, the appeal is drastically underfunded. Each day of delay unnecessarily exacerbates human suffering, increases the scale of the crisis, and raises the cost of the response.

We are coming together to sound the alarm on extreme hunger and do all we can to avoid widespread famine. Warnings can no longer be ignored, instead it is imperative that governments, including Ireland, and the international community act now to prevent the catastrophic humanitarian disaster that is unfolding before our very eyes.

Jane-Ann McKenna is CEO of Dóchas, the Irish network of international development and humanitarian organisations.