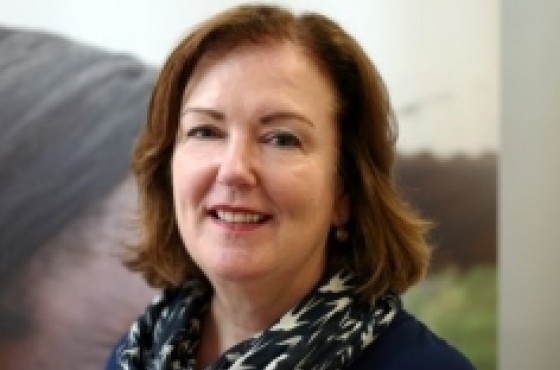 Recently, on 22 September 2020, after years in the planning, six NGOs* launched a new alliance - the Irish Emergency Alliance – specially formed to fundraise jointly in response to humanitarian disasters.

Many of us are familiar with the Disasters Emergency Committee (DEC) in the UK, and there are eight similar entities mostly in OECD countries, with advanced plans to launch alliances in France, USA and Australia.

As one of the founding CEOs, I was kindly asked by Dóchas to write about the formation of the Alliance.

There are at least two parts to the story – the commitment of six CEOs to the notion of collaboration, of doing more to mobilise public support for humanitarian disasters, to get more coverage for the impact of (in this case) the dreadful coronavirus pandemic which is wreaking havoc on the global south – and pushing back against a growing trend towards very nationalistic, very local coverage, away from international coverage.

In practical terms it took nearly three years to get to launch (the February 2020 election followed swiftly by the pandemic thwarted plans to launch earlier in 2020). Working on this since late 2017, we could never have foreseen a global pandemic emerging which would call for us to act together, but it did, and we have.

Before that, we started out as six CEOs to hone a shared vision for the project, learning from countries where such alliances are up and running. We got great insights from them and from the Emergency Appeals Alliance (EEA).  We decided to press forward, and research we undertook told us that 77% of people in Ireland who will donate to a humanitarian disaster response said they would rather do so through an alliance than to an individual agency.

Buoyed by that, we committed to create the organisational model for Ireland, mapping the details of how the co-operation would work across our teams, thrashing out details on shared costs and income, developing governance and other policies. We registered with the Charities Regulator and the Companies Registration Office, and in 2018 established a formal Board with three independent members alongside the six CEO members.

By early 2019, we were ready to talk to potential media partners, and to other NGOS who might consider joining. Naturally, that took time. As an unproven entity, it was a big ask of media partners, but the venture was assisted by the fact that RTE’s Head of NEWS, Jon Williams, was very familiar with and enthusiastic about the concept from his time at the BBC, where he worked with the Disasters Emergency Committee (DEC). He ‘got’ the concept immediately, but even so, these are big decisions for media organsiations, and there were various rounds of discussions before the RTE commitment was confirmed. Other media partners – NewsTalk, Virgin Media and DMG, likewise had their own decision-making processes to complete.

We also spent time meeting with several NGOs who considered joining. While they eventually chose not to join the Alliance at that time, we remain open to that and firmly want the Alliance to grow.

So, in 2020 with a global pandemic rampaging across the world, affecting the poorest countries on the planet, and with all our planning done, we knew we had to launch – if not for a global pandemic, then, when?

Public reaction has been fantastic. People really appreciate the co-operation. They also know, notwithstanding how challenging this pandemic is for all of us living here in Ireland, that there are people whose very lives are threatened by the pandemic. The Alliance is up and running and receiving donations minute by minute. Through media appearances we got the chance to convey the impact of the pandemic – stories that are not being told enough.
Some of the conversations I’ve had as a result are humbling and inspiring. I never fail to be amazed by the deep generosity and sense of connection Irish people have with those less fortunate. One woman I spoke with last week reflected on doing her family genealogy and remarked on what our forefathers and mothers had to endure, and interestingly – on how and when we received help from others. This was what influenced her decision to support.

What else? Personally, as a former fundraiser, I see this Alliance as a disrupter. Putting it simply, up to now Irish NGOs do not have a track record of co-operating on fundraising.

Our supporters really don’t understand why that is, especially when it comes to humanitarian appeals. They see us wasting resources when our objectives are so similar. I agree with that. I believe it is time to rethink how we communicate with supporters, how we as NGOs use the space we occupy and make the most of it, so we can continue to build solidarity between Irish and people in far flung parts of the world who need that external support.

Most people do not close themselves off to care only about those in their own circle. They care about other people in distress, even when they don’t know them personally. Let’s continue to offer that bridge between people and keep Ireland as a people and country open to the wider world.